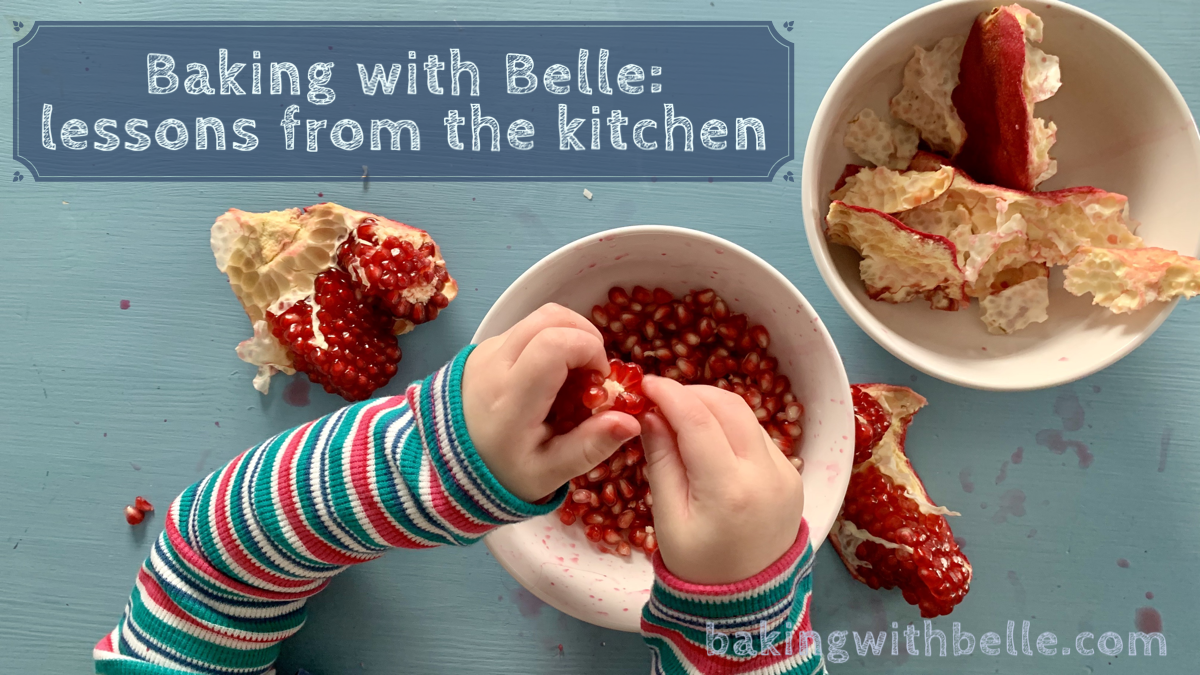 Growing up, summer Sunday mornings meant my Grandpa was making dozens of pancakes from Bisquick and old milk for his grandchildren. He’d take special requests for blueberry pancakes, or for pancakes shaped like letters, or for simply more – there are pancake eating records next to various water sport records in the family record book. But as much as we love Bisquick, sometimes we crave something marginally healthier or that we can eat with friends who have dietary restrictions. And thus, sometimes we make banana-oat pancakes.

We first made this recipe when Belle was newly 3, while Buddy hung out in his high chair. At this point, Belle’s speech was still developing slightly behind timeline. One of the targets was to work on the actual speech: counting with one-to-one correspondence, and just chatting about the recipe in a low-stress kind of way.

“One, two, three, four, five,” as she touches four bananas.

“We just need three,” as I guide her hand, grasping each banana and physically moving it to the side, “one, two, three.” (It’s helpful to have the bananas pre-separated.)

Validating her concept that the carton of eggs is a “family” (wherever that came from) by using family language helps me deflect back to the counting target without getting sucked into a fight over whether or not it’s a family. Meanwhile, the ability to separately move each object helps us associate each number with a discrete object, as opposed to part of a whole (the bunch, the carton). Having slightly more objects than we need – four or five bananas when the recipe calls for three – helps us practice stopping at the desired number (an executive function skill).

The other major target was food processor safety: because there are sharp blades, and because Belle is young, we adapted our stand mixer “safe spot” for the food processor. Hands must go on the front of the food processor while it’s on, no matter what, or it gets turned off. If the top of the processor is off, no hands can go near the chop/grind buttons, but they can grab the handle with a “helping hand.”

This recipe is adapted from HappyHealthyMama.com, cutting all the sugar since we find the bananas provide enough sweetness and the cinnamon/vanilla flavoring tricks us into thinking there’s sugar present.

Note: while oats naturally don’t contain gluten, many are processed in facilities that also process gluten, so look for oats marked “gluten-free” if there are allergies or sensitivities involved.